You are here: Home / News / Industry Trends / What is otoscope?

An otoscope is a medical device used by a doctor to examine the ear. The otoscope magnifies the inside of the ear to detect problems or symptoms with the outer and middle ears, such as swimmers ear, earwax build-up, or otitis media. The most commonly used otoscopes consist of a handle and a head. The head contains a light source and a simple low-power magnifying lens, typically around 8 diopters (3.00x Mag). The distal (front) end of the otoscope has an attachment for disposable plastic ear specula. 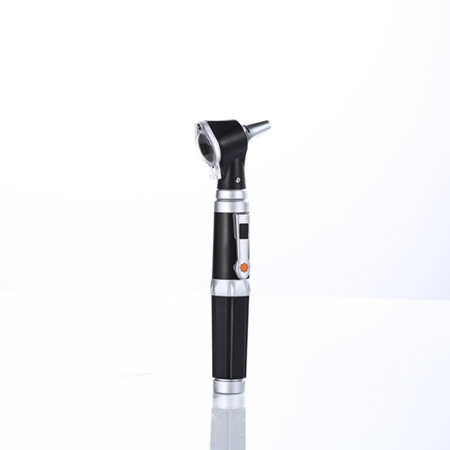 The examiner first straightens the ear canal by pulling on the pinna and then inserts the ear speculum side of the otoscope into the external ear. It is important to brace the hand holding the otoscope against the patient's head to avoid injury to the ear canal by placing the index finger or little finger against the head. The examiner can then look through a lens on the rear of the instrument and see inside the ear canal. In many models, the lens can be removed, which allows the examiner to insert instruments through the otoscope into the ear canal, such as for removing earwax (cerumen). Most models also have an insertion point for a bulb capable of pushing air through the speculum which is called pneumatic otoscope. This puff of air allows an examiner to test the mobility of the tympanic membrane. 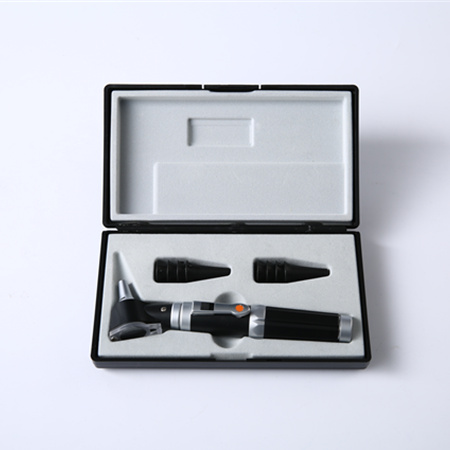