You are here: Home / News / Industry Trends / How to Save Yourself from Bleeding with Tourniquets?

How to Save Yourself from Bleeding with Tourniquets?

How to Save Yourself from Bleeding with Tourniquets?

In clinical practice, patients who often encounter trauma come to the hospital with their bloody bodies. Common people often have misunderstandings about hemostasis. For example, the surface of the wound is covered with gauze, but the area of compression is around the wound, and blood is continuously lost. It is really a waste. So how to stop bleeding after trauma? 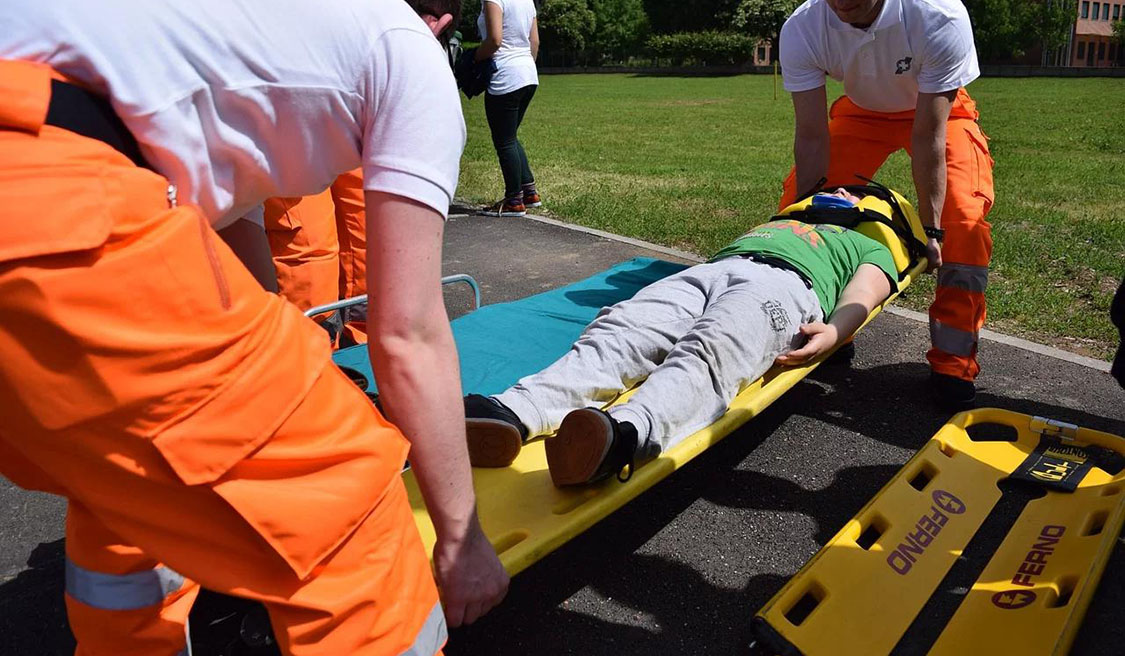 For visible bleeding, you can cover the wound with a dressing and directly press the dressing. Use the flat part of your finger or the palm of your hand to compress. The location of the compression should be above the wound, not around the wound. Don't be afraid to compress because of fear of pain. If the effect is not good, you can cover another dressing on top of the first dressing, increase the pressure, and continue to press the wound until the bleeding stops. Do not remove it frequently to see if the hemostasis is good. If you can't keep pressing the wound, you can tightly wrap a bandage over the dressing to fix the dressing on the wound.

For bleeding from upper and lower limbs that cannot be stopped by direct compression, a tourniquet can be used to stop bleeding. However, there are few ready-made tourniquets in the real world. In this case, you can use a cloth as a tourniquet and wrap it around the affected limb, and then use a stick to tighten the cloth strip.

How to use the self-made tourniquet: Fold a piece of cloth or bandage into strips with a width of not less than 2.5 cm. Wrap the tourniquet about 5 cm above the wound, tie the end of the bandage to a rod, turn the rod to tighten the tourniquet, and continue tightening until the bleeding stops. Fix the stick to prevent the tourniquet from loosening. Note the time when the tourniquet starts to be used and call the emergency number as soon as possible.

If the bleeding has stopped, if you are not sure whether you need further emergency surgeon intervention, or you cannot control the bleeding, combined with other parts of the injury such as head, neck, chest and abdomen, usually take anticoagulant and antiplatelet drugs, pregnancy, you need to call the emergency call or go to the nearest doctor. In the emergency department, the doctor should be informed about the specific time of the injury, the cause of the injury, the injury, where or where the patient is uncomfortable after the injury, the treatments that have been performed, and the diseases that were previously suffered. Doctors get initial impressions after consultations and physical examinations, improve the necessary examinations, make reasonable arrangements for the examination and treatment according to the severity of the disease, and sometimes call related specialists for consultations.

Regarding the use of tourniquets at the injury site, the current literature considers them to be safe and effective in most cases, applicable to adults and children, with complications less than 2%. The ischemic effects caused by tourniquets cannot be overstated and their hemostatic effects should not be overstated, especially in patients with severe injuries and bleeding from extremity injuries. The use of tourniquets can reduce complications and reduce the need for blood transfusion in such patients.

Under field conditions, deterministic hemostatic measures cannot be performed immediately because of the long distance from the hospital, but prolonged tourniquet hemostasis can lead to the risk of permanent limb ischemia. In animal studies, the tourniquet can be wound for 3 hours to maintain the recovery of neuromuscular function, but the recovery ability is significantly reduced after 6 hours.

At present, the TCCC guidelines recommend that patients with tourniquets on limb bleeding need to be re-evaluated every 2 hours. If the following criteria are met, the tourniquet should be switched to stop bleeding or compression dressing: the patient does not have shock; the limb is not amputated; the wound can be closely observed Bleeding. Repeated loosening of the tourniquet should be avoided to reperfuse the limb, as doing so will result in increased blood loss without any benefit (may worsen the ischemia-reperfusion injury). Due to the risk of reperfusion syndrome, tourniquets that have been used for more than 6 hours can only be removed if they have the capacity for close monitoring and laboratory testing.